What came before the X-Type? 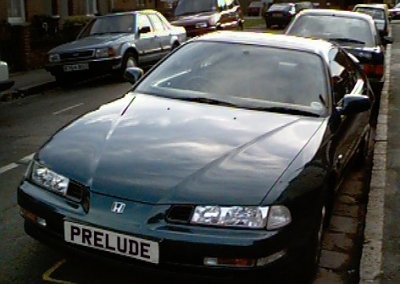 We're not talking about the history of Jaguar here, but what graced my driveway before the X came into my life in February 2017. From 1999, it was a Honda Prelude... well two to be precise.

The first, a Honda Prelude 2.0L Si, was a 3 year old ex-lease car when I decided to buy it in the Summer of 1999. I worked for a car leasing company, took the advice of one of the in-house service engineers (after checking the cars service history) and bought the car (which was due to go to auction) without even seeing it. The first time I actually saw the car was when it was delivered to the underground car park at the office. But what a car it was. No regrets. 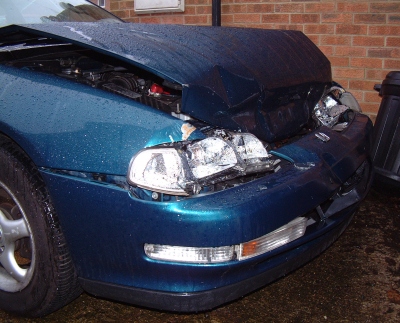 This is what happens when you slide into the back of a stationary Volvo.

This is what happens when you slide into the back of a stationary Volvo.

Unfortunately, in January 2001, I had a slight accident with the front of my Prelude sliding gracefully into the back of a Volvo which just happened to be stationary at red traffic lights. It was a wet evening, traffic lights were blending into the sodium street lights and whilst it wasn't a high-speed impact, it was enough for my car to be an insurance write-off.

I wasn't prepared for that to be the end of my Honda Prelude story. The insurance company were quick to sort things out. Their settlement figure was fair and so it was off to find a replacement car... it had to be another Prelude! 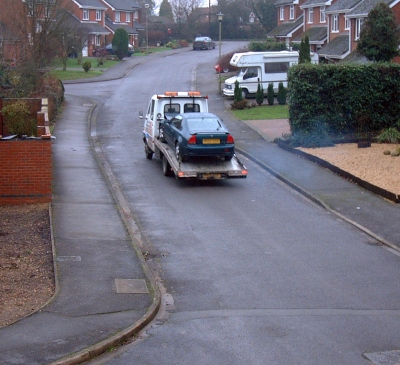 On the back of a recovery truck. The last I would see of my first Prelude.

On the back of a recovery truck. The last I would see of my first Prelude.

Within a few days I had located a small dealer in Sandford-on-Thames (near Oxford) which had an interesting black Prelude for sale. This time I was not only going to look before buying but also test drive! It was during the test drive on the A4074 dual carriageway that I turned to the sales guy in the passenger seat and said "what the hell is that?" I'd put my foot down, revs had climbed and the engine let out an almighty roar. "That's the VTEC kicking in", he told me. And with that I'd bought my second Prelude. 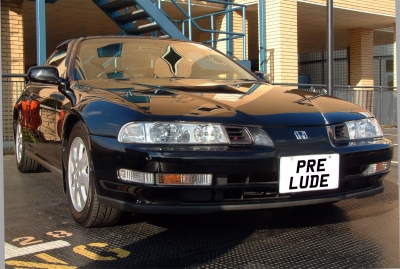 This time it was a 1996 Honda Prelude 2.2 Si VTEC Import with the magnificent H22A engine delivering 197BHP into the BB4 chassis. Newly imported, it had only arrived in the UK about 5 weeks earlier. This model was only released to the Japanese market, shipping with performance exhaust components and lowered chassis. It even had a stint as the safety car in the Japanese Formula One Grand Prix in 1994. 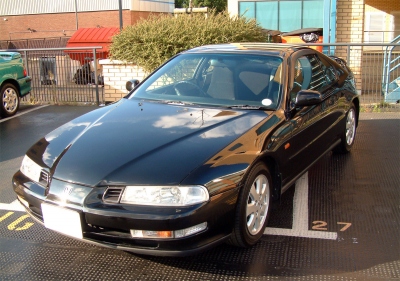 And this proved to be an incredibly reliable car, so much so that it stayed with me right through to buying the X-Type in February 2017. Apart from the usual brakes and exhaust, the only things that needed replacing in the 16 years of ownership were a flywheel and power steering pump. I can honestly say I don't remember ever needing to do anything else of significance. It was a beautiful car to drive, looked great from the outside, had the futuristic sweeping dash and the amazing growl from the engine when the VTEC kicked in. 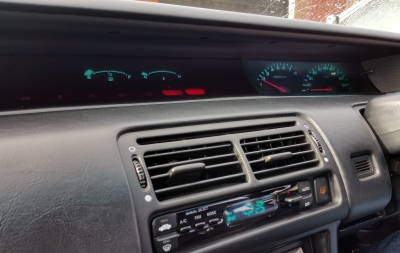 December 2016 and another MOT under the belt, it was a bit out of the blue when the X-Type came into sight. I wasn't looking for a new car. I was still very happy with the Prelude, but I also didn't want to be in the position of having to scrap the car one day. So on seeing the X-Type on New Years Day 2017, I decided it was the right time to replace the Prelude and right to replace it with something very different. Something that wasn't Honda, wasn't a coupe, and my first taste of automatic transmission! Something that couldn't reasonably be compared to the Prelude. 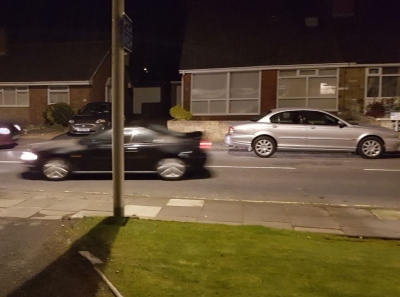 The Prelude being driven away to his new home, the X-Type waiting patiently to return to the driveway.

The Prelude being driven away to his new home, the X-Type waiting patiently to return to the driveway.

From picking up the X-Type in mid February, the Prelude spent the next 4 weeks mostly in the garage. I couldn't bring myself to put him up for sale. But eventually, a listing on Ebay was put together, photos taken and a considerable amount of interest received. Within a week, a good price was agreed and the deal was done. The new owner travelled 200 miles to collect the 'Lude and at around 11.30pm drove off my driveaway leaving the X sitting across the road waiting to take his place back on my driveway.